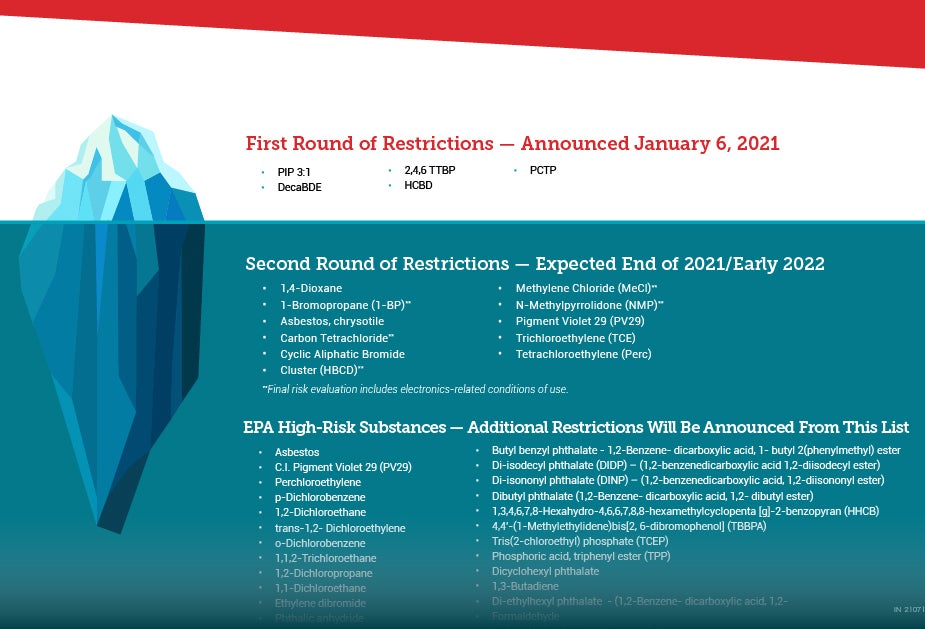 How to Prepare for Future TSCA Restrictions 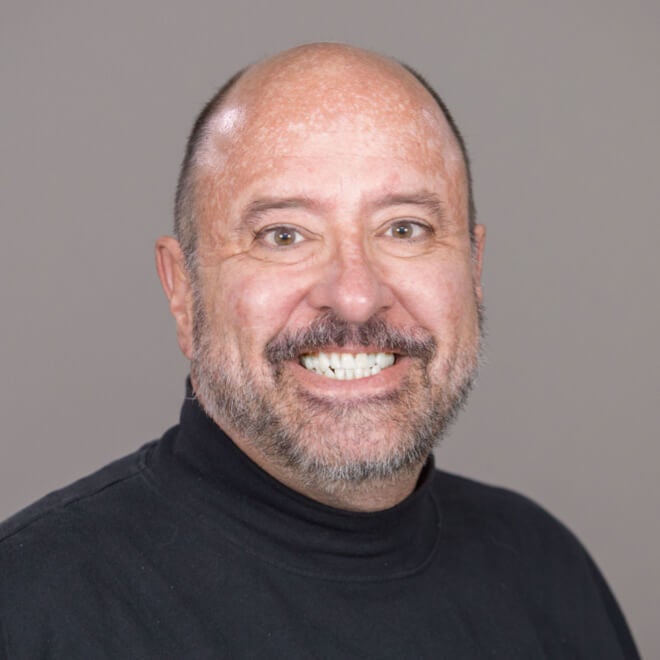 On January 6, 2021, the U.S. Environmental Protection Agency (EPA) announced new rules under Section 6 of the Toxic Substances Control Act (TSCA) restricting the use of five substances in U.S. commerce. These restrictions won’t be the last, with 10 additional substances expected to receive their own rules as early as fall 2021.

Many companies and industry groups were caught off-guard because the substances in question are widely used and the deadlines were tight.

For most of its nearly 50-year lifespan, TSCA restricted the use of nine substances, such as asbestos, metallic mercury, and lead-based paint, but these have since been largely phased out of manufacturing processes. The five new restricted substances, however, are commonly found in flame retardants and plasticizers, and widely used in electronic components. Manufacturers and distributors will need to adjust their compliance programs in order to identify these new substances of concern, and will do well to prepare for further changes.

Want to get up to speed on the new TSCA restrictions? Download our guide, The TSCA Handbook: Your Guide to Compliance.

The new rules are another indication of global regulatory expansion to create toxic-free environments, which has been seen prominently in the EU. U.S. Congress recast TSCA back in 2016 under the Frank R. Lautenberg Chemical Safety for the 21st Century Act. The new law mandated risk evaluations for existing chemicals in the U.S. market and gave the EPA more funding for enforcement.

The next risk evaluations conducted by the EPA will be released by late 2021 or early 2022, and could see more substance restrictions for manufacturers. The evaluations impact the following substances:

** Includes electronics-related conditions of use.

Policy changes from the Biden administration indicate that these risk evaluations will be more thorough than in recent years. The EPA announced in June that it will expand consideration of exposure pathways. For example, previous evaluations did not assess risk of air, water, or disposal exposures to the general population. The new policy would examine these pathways, and other criteria, when conducting risk evaluations.

More Substances to Be Evaluated

For insight into future restrictions, companies can look to the EPA’s TSCA Work Plan for Chemical Assessments. Updated in 2014, the work plan identifies 90 substances that will be assessed. The five substance restrictions announced this year appeared on this list, as well as the next 10 risk evaluations.

The EPA identified 33 substances for high-priority risk evaluations and many of them are part of the first 10 mentioned earlier. Future restrictions will likely originate from this list, depending on scientific findings.

Any additional compliance requirement is taxing for companies. Typically, a company may seek to leverage existing programs to meet emerging needs, but that approach won’t work for the new TSCA restrictions, as most of the substances aren’t regulated under existing regulations. To be compliant, companies will need to engage their supply chains for comprehensive data to identify the presence of restricted substances. When done manually, this process demands a lot of time and resources, while opening the door for human error.

Bruce is a board certified toxicologist with over 30 years of industry experience managing product safety and global materials compliance programs with large organizations,  Read More