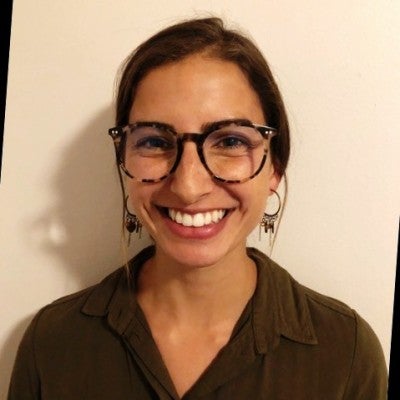 The Dodd-Frank Act tends to be front and center in discussions surrounding conflict mineral compliance. However, companies need to be aware of a range of other laws creating mandatory due diligence obligations, such as the European Union (EU) conflict mineral regulation, the EU Non-Financial Reporting Directive and, in particular, China’s conflict mineral standard.

China’s standard on conflict minerals has recently attracted increased attention due to efforts to align it with the Organisation for Economic Co-Operation and Development’s (OECD) Due Diligence Guidance for Responsible Supply Chains of Minerals from Conflict-Affected and High-Risk Areas.

Is your company in scope of a conflict mineral regulation? Learn compliance best practices in the ebook, ‘The Conflict Mineral Handbook: Your Guide to Compliance in 2017’.

After attending the OECD’s 2017 Responsible Mineral Supply Chains Forum, CCaSS manager Mulan Mu, who specializes in conflict minerals and sustainable supply chains in Japan, shared some of her insights into Chinese conflict mineral programming from the event. Speaking to EY*, Mu noted: “China is advancing its efforts to address conflict minerals issues by incorporating responsible minerals guidance into a national standard (called, the “Standard”), as well as creating legally binding oversight and a supervision rule (called, the “Rule”). The Rule is meant to enforce the Standard of due diligence guidance for responsible supply chains of minerals from conflict-affected and high-risk areas.” Both the Rule and the Standard are expected to be published by the General Administration of Quality, Supervision, Inspection and Quarantine (AQSIQ) of the People’s Republic of China by the end of 2017.

The rule is expected to apply to ores and concentrates containing the ‘three T’s’: tin, tungsten and tantalum from the Democratic Republic of Congo (DRC) and neighboring countries. The companies directly affected by the rule will be those importing, exporting, smelting and refining these three substances in China.

While many have drawn similarities between the Chinese conflict mineral rule and Dodd-Frank in the United States (U.S.), Mu is quick to point out the key differences between the two. “The companies impacted by the U.S. regulation are companies that file reports with the [U.S. Securities and Exchange Commision] (SEC) under the Exchange Act, and are therefore under the mandate of the Dodd-Frank Conflict Mineral Regulation. This regulation applies to downstream companies, which are considered to be those that use minerals after the point of smelter and refiner–such as product assemblers, components manufacturers, and retailers.”

“Companies that will be impacted by the EU and China’s regulations,” she clarifies, “are more upstream companies. Upstream companies are those in the supply chain from mining site to smelter and refiner–such as minerals processors. The EU will focus on mineral importers only, while China will focus not just on mineral importers, but also exporters, smelters, and refiners.”

Learn more about the EU Conflict Mineral Rule in our new guide. Download it here.

For companies importing, exporting, smelting or refining conflict minerals for the Chinese marketplace, these developments highlight the need for thorough supply chain surveying, data collection and analysis to facilitate compliance with the rule. Industry experts conclude this is best achieved through the use of the Conflict Free Sourcing Initiative’s (CFSI) Conflict Minerals Reporting Template (CMRT), which is in wide use by companies around the world.

For guidance on how your company can prepare for compliance with conflict mineral regulations (whether in the U.S., EU or Chinese regulatory landscapes), download ‘The Conflict Mineral Handbook: Your Guide to Compliance in 2017’.

*All quotes first appeared on EY, and are reproduced here with the permission of Ms. Mulan Mu.